Convert Any Video/Audio to Any Format in the Simplest Way!

Joyoshare Video Converter is a 2-in-1 video converter and editor specially designed with extremely intuitive interface and neat operation buttons, aiming to make converting and editing videos more easily than ever. With this powerful video toolbox, you can convert almost all popular videos & audios, convert DVD to over 150 formats, convert HD, 4K videos as well as convert videos for web sharing with lossless quality. It could be one of the best yet easiest video converter software to meet all your media conversion needs. 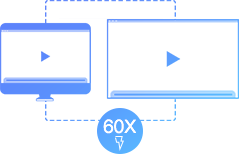 Adopted with a new algorithm and optimized acceleration technology, Joyoshare Video Converter is made to operate at super fast conversion speed up to 60X and without any quality loss. The boost in speed makes it perform far better than any other traditional media converting tool in the market. In addition, this smart video converter is able to preserve 100% of the original image and audio quality.

As an unexceptionable DVD ripper, Joyoshare Video Converter is able to support types of DVDs, including DVD folder, DVD disc and DVD ISO image file. What's even more striking, this tool amazingly works to load encrypted DVDs with protections, such as CSS, Region-lock, Puppet Lock, RCE, etc. The audios and videos extracted from DVDs can be kept in original quality after removing all restrictions. Also, it's cushy to convert DVD to video, audio, online format or compatible device based on your preferences. 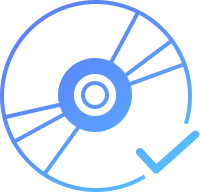 Thanks to the built-in video editor, you are given full control to edit and customize the video files according to your own needs. You can trim videos to multiple small clips, add special effects to the videos, merge different videos into one file, embed watermark to video segments, import and remove subtitles for the video, and adjust brightness, contrast, etc. All these great video editing features will help you get a perfect video you prefer.

100+ Presets for iPhone, Galaxy Tab and Other Mobile Devices

As an expert in video conversion, Joyoshare Video Converter is capable of converting videos directly to popular gadgets and devices. There are currently more than 100 ready profiles for most well-known and mainstream devices, such as Apple iPhone, iPad, Apple TV, iPod, iPod touch, Samsung Galaxy S, Xbox 360, PS4, Blackberry tablets, and other Android phones or game consoles. What's more, you can also create custom presets for any mobile, tablet or game device by adjusting the sample rate, bit rate, resolution, frame rate and so forth.

It can merge multiple video clips into a single one for conversion.

You can enjoy extraordinary picture quality with the 4K video conversion.

You can take snapshots of favorite video scenes during conversion.

A Full Range of Compatibility

Provide free and prompt customer support for any program problem.

Get frequent updates to support the latest computer systems. 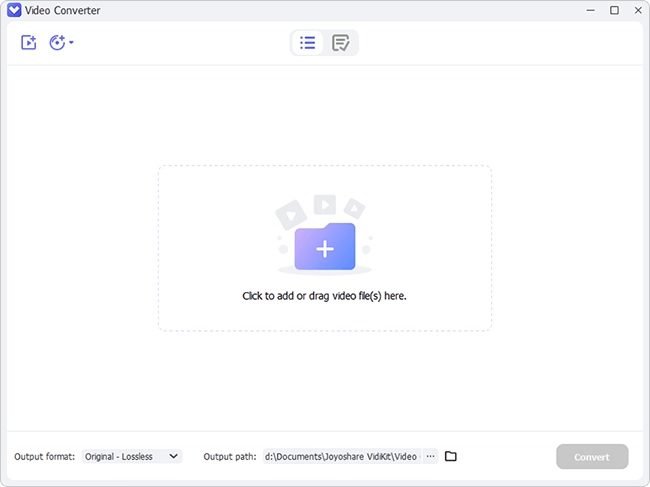 "I have to say it's just more than a video converter. HD converting, video editing, video sharing...all my conversion needs are completely met with this great video converter toolbox. Thanks for making such a brilliant program. Keep up the good work, guys."

"The best quality video, easy to use interface, excellent conversion speed. All my converted videos play very well on my Android phone. It's a top product with a rather reasonable price."

Best video cutting tool to split videos and audios to lossless format or other popular formats, such as MP4, AVI, MOV, etc.

All-in-one solution to combine unlimited videos or audios together at 60X faster speed with lossless quality.

Perfect HEIC to JPG photo conversion tool to convert HEIC to JPG, PNG, and other common formats without image distortion.