How to Cut MTS/M2TS Videos without Quality Loss

MTS/M2TS, is the file extension for an AVCHD (Advanced Video Coding High Definition) and usually used in the digital cameras, such as the most well-known Sony Canon Panasonic JVC Lumix, to produce HD videos in comparatively small file size. Whereas the files recorded and saved in MTS or M2TS can sometimes create superfluous content, you will have to edit them. What will you do to cut MTS/M2TS videos and at the same time avoid re-encoding or quality loss? This post we share here will give the answer. 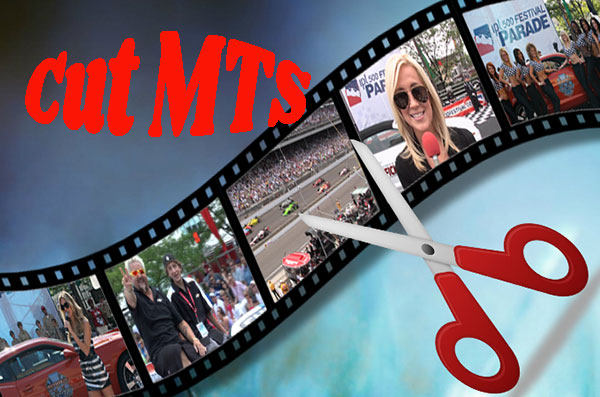 Still struggling to find a tool that can trim MTS/M2TS videos without compromising quality? Here Joyoshare Video Cutter comes. It offers different ways for you to cut accurately at high speed up to 60X and also makes zero quality loss. In fact, it supports a variety of file types in addition to MTS and M2TS, like ISO, MPEG, MOV, MP3, AAC, AC3, HD MKV, SWF, FLV, ASF, etc. Also, it's professional enough to give you the other editing features you need, including rotate, watermark, subtitle, crop and so forth. The compatibility to Windows and Mac also lets it stand out.

The guide to follow on how to cut MTS/M2TS video files in Joyoshare Video Cutter:

Part 2. How to Cut MTS File in Final Cut Pro

Final Cut Pro is an advanced non-linear video editing software, offering a rich seam of professional-level editing tools for post production of video. Developed by Apple Inc, it only runs on macOS Mojave 10.15.6 or later. The first time you use it, you may be overwhelmed by its sophisticated editing options. But, don't fret. Its "Blade" cutting tool is easy to handle. Just follow the steps to cut MTS video in it.

Part 3. How to Cut M2TS Video by Easiest Movie Editor

Easiest Movie Editor is an all-in-one toolkit for Windows, consisting of cutter, joiner, splitter, cropper, rotator, and editor. It is compatible with a wealth of media formats and portable devices, such as, MTS, MPEG, MTV, MP4, RMVB, TS, HD, online videos, Apple, tablets, media player, and more. With a clear and intuitive interface, even the novices have no difficulty cutting MTS/M2TS video file without re-encoding in it.

Part 4. How to Cut MTS/M2TS Files with Smart Cutter

One more way to cut MTS/M2TS videos in accurate frame without quality reduction is making use of Smart Cutter. This is a completely free video cutter with wide compatibility to cut M2TS, TS, TP, TRP, MTS, MPG, VOB, H.264, AVCHD, etc with the original quality remaining untouched. Served as a single video cutting tool, it should have been simple to understand. Unfortunately, it is not the case. Its operation interface is still in want of perfection. If you have trouble using it to cut properly, consider the instructions below.

After the introduction of detailed instructions on how to cut MTS/M2TS video without re-encoding in all the suggested software above, let's have a look at the following table, which makes a comparison of the 4 programs on common concern while selecting a cutting tool.

Home >  Resource >  Video Cutting >  How to Cut MTS/M2TS Videos in Lossless Quality
Joyoshare uses cookies to ensure you get the best experience on our website. Learn More