How to Combine Voice Memos? 3 Methods

Q:"I have completed a series of interviews on Voice Memo. I would like to combine them into one memo. Is that possible?" - Jay Gray

Voice Memo is a built-in app on iOS devices, which helps users to conveniently record any audio, such as schooling lectures, singing voice, voice-over, interviews, and so on. It considerably facilitates users in recording something momentous, to say the least. But you know, what people demand is changing constantly. According to a new study, it is found that a good few people wonder how to combine voice memos after recording. To answer the question, this post is written here, from which you will know well 3 different methods to achieve it on different devices.

Part 1. How to Combine Voice Memos with Hokusai Audio Editor

Hokusai Audio Editor is a multitrack audio editor running on iOS devices. Developed with a beautiful clutter-free interface, it has the ability to easily record, cut, copy, paste, polish (like adding a suite of filters or special effects), and mix audio tracks. Powerfully, the audio editor can edit many audio files side-by-side and export them to MP4 format.
Even, transferring your voice memos to computer or another applications on the iPhone and uploading them to cloud service are nothing difficult for it. Even if you are demanding in terms of combining audio files, it could nicely satisfy you. The below will guide you to do it. 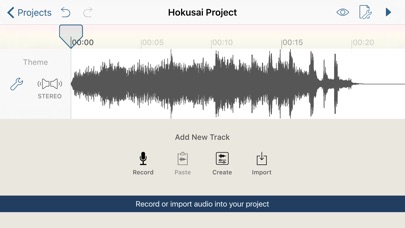 Step 1: The first thing to do is saving your voice memos to Files app with the "Share" button in Voice Memo app. Then download and install Hokusai Audio Editor on your iPhone from App Store;
Step 2: After that, tap on "Import" to input your voice memos from Files app to the software. Note that the program does not support importing a bunch of files. You need to add them one by one;
Step 3: Now, play back all the loaded audio files. If there is something undesired, you can cut it before merging them;
Step 4: Once done, click on a spanner icon in the upper right corner and then in a drop-down menu, please choose "Share Audio". In this way, your voice memos will be combined to the Files app.

Part 2. How to Combine Voice Memos with Joyoshare Video Joiner

Joyoshare Video Joiner, one of the most practical and excellent programs, is expressly designed to join any audio recordings or video clips without compromising on quality. With it, not only can you merge files but also easily cut and edit them on your preferences. To be geared to the needs of users of all ages, this video joiner is much user-friendly. Regardless of a professional or amateur, you are able to operate it without any trouble.
More than that, the wide compatibility is one of its remarkable characteristics. No matter what format your voice memos are, Joyoshare Video Joiner can assist you in merging them with no difficulty. To offer more flexibility and selectivity, it is equipped with two merging modes for both lossless join and audio customization. Remember to transfer voice memos to your computer before merging them on desktop.
Try It FreeTry It Free

According to your situation, download and install the proper version (Mac or Windows) of Joyoshare Video Joiner on your computer. Next, please open it and tap on "Open File" to browse your local files to choose voice memos. More conveniently, you can directly drop and drag them to the certain position. 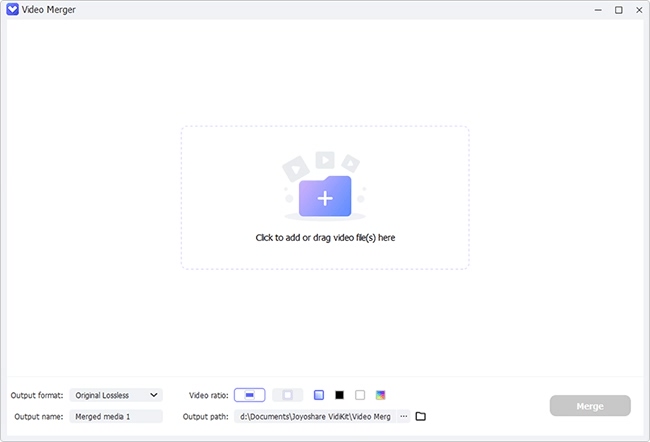 Simply press on "Format" button to choose high-speed mode or encoding mode to combine your voice memos. Before choosing, please know that the former is to merge files of the same format without quality loss while the latter allows you to customize files besides joining. Then pick a format for the new memo.
Friendly reminder: After determining the output format under the encoding mode, you are permitted to click the gear icon to set up codec, channel, sample rate, bit rate of the merged audio file. 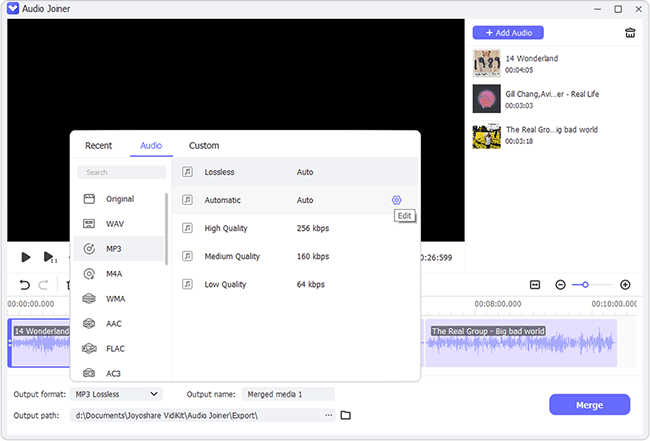 Once selected merging mode and output format, click on "OK" to go back. In the first interface, preview your voice memos one by one. For unwanted sections, you are able to delete them by moving the yellow timeline. Also, rename and rearrange every file as your will if needful.

This step is just for those who choose to combine voice memos with the encoding mode. For them, trimming files, applying sound effects, adjusting audio volume can be done at this time. 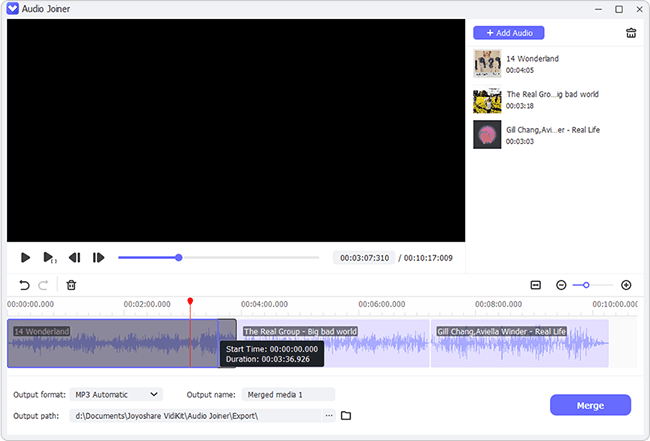 Now, just lightly hit on "Convert" to start the process. A moment later, your voice memos are merged into a seamless audio file and saved in a "converted" file of the local file folder. 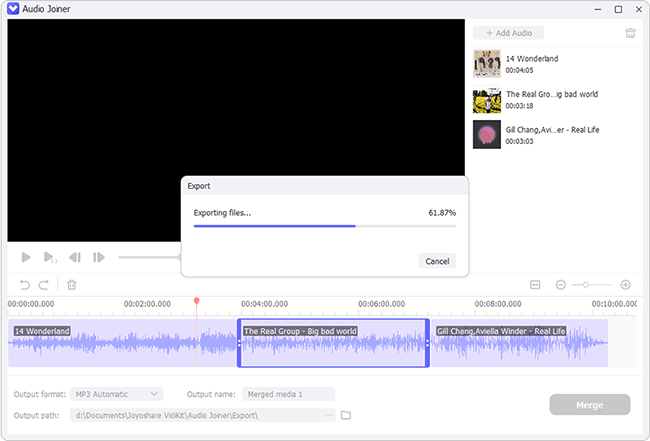 Part 3. How to Combine Voice Memos with Online Audio Joiner

In consideration of the situation where some might prefer to combine voice memos without downloading anything, online Audio Joiner is recommended. It supports joining audio files of various formats quickly and gives the ability to convert them to MP3, M4A, WAV, FLAC, etc. For your convenience, below concentrates on how to make use of it to combine voice memos at every step. 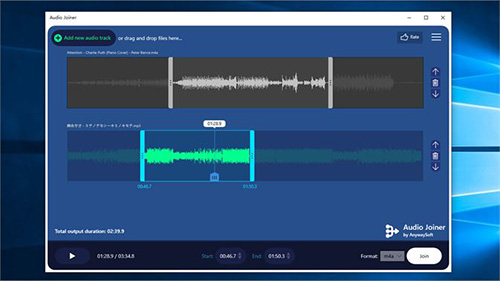 Step 1: Type this URL: https://audio-joiner.com/ in the browser and get into the main interface of this online joiner;
Step 2: Click "Add tracks" to import voice memos to be combined or use drag-and-drop function to add files;
Step 3: Touch "Play" button to preview them one after the other. To cut something undesired off them, move the blue slider or set "Start" time as well as "End" time;
Step 4: If required, tap on the up arrow or down arrow button to rearrange the sequence of each voice memo file. Then, specify an output format and press on "Join" to combine your voice memos.

Upon reading this article, you must be at least aware of 3 ideas on how to combine voice memos. All of them are achievable. As for which one you decide to work with, it is all up to your requirements. With a desire for lossless join and flexible editing, desktop Joyoshare Video Joiner is suggested. Without using additional tools, do it online. At all events, hopefully, what you choose will satisfy you.