Q:"While recording my first podcast, I recorded a few separate audio tracks. I need to combine them into one stream audio track to edit. It is said that Audacity is a multi-track audio editor. I have tried but I have trouble operating it. Anyone knows how to use Audacity to join tracks? If any idea, please let me know. Thanks a bunch." - Jolly Giant from VideoLan 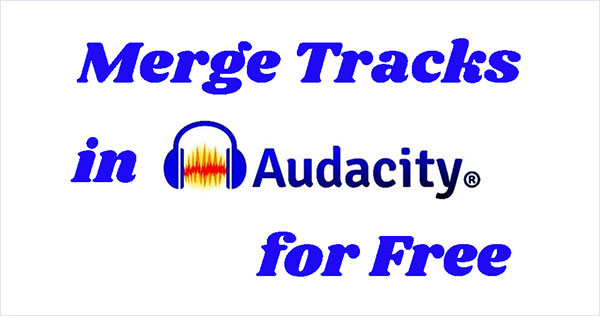 Gone are the days when it takes a lot of effort to combine audio tracks. These days audio joiners are continuing without end. Of all these joiners, Audacity is so beloved by users. However, the recent report about Audacity is that users have difficulty in using it to merge audio tracks. In allusion to the problem, below demonstrates how Audacity combines tracks and even details an alternative to Audacity to get a little deeper in this field.

Part 1. How Could Audacity Combine Track at Every Step

A growing number of people love to utilize Audacity to merge or edit audio tracks, for it is free and open-source. As a specialized audio editor, Audacity can join, cut and edit audio files on Windows, Mac OS X, Linux, BSD, or other operating systems. It supports sound files of different formats and many plugins like LV2, VST, Nyquist, etc. Powerfully, it offers advanced editing function to paste and delete commands with unlimited "Undo" and "Redo". Working with Audacity, you are even allowed to choose your preferred look and feel for the software.

The following is about how to combine audio tracks with the help of Audacity.

Being an all-round audio and video merger software, Joyoshare Video Joiner is here well deserved to be recognized as the best alternative to Audacity merge tracks. It's not only capable of combining video clips or audio tracks into one file but also supports having them cut and edited with ease. More importantly, it is equipped with a lossless mode, which can join files at 60X speed with no quality loss. Beyond that, its full compatibility makes it work well with all kinds of file formats like MP3, OGG, AC3, M4A, M4B, WMV, VOB, HD, TS, and much else. Anyone who has applied Joyoshare Video Joiner knowns that it is designed with an easy-to-use interface. Even a novice can handle it nicely.

Video Tutorial: How to Merge Audio Tracks in Audacity