A Complete Guide on How to Restore iPad

Doing a factory reset is necessary if you intend to manage your iPad to a new owner. Whether being given away or sold, restoring iPad is a beneficial option. If passcode is kept in your mind, restoring your iPad is nothing hard. Suppose you have been locked out of iPad, you can only finish it with the hand of additional tools. Here, a comprehensive introduction suggested in the guide is conducted to tell you how to restore iPad into factory resettings under different circumstances.

Part 1: How to Restore iPad with Knowing Passcode

Restoring an iPad will erase all activities and return it to factory settings. To do it on iPad itself, you need to know passcode and Apple ID. Then you can follow the instructions below to learn everything you ought to know. 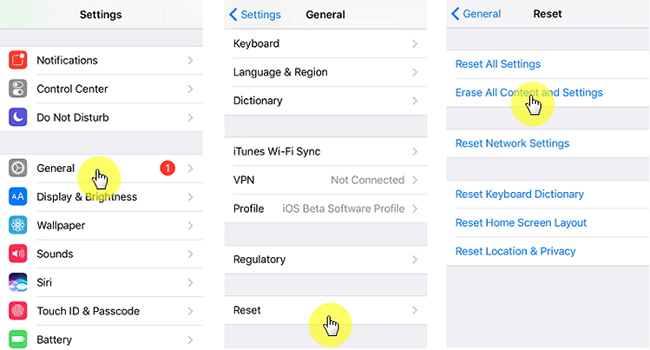 Step 1: Go to "Settings" and scroll down to "General";
Step 2: After that, tap on "Reset" to choose "Erase All Content and Settings";
Step 3: Now you need to enter the passcode to confirm this option if you've set one;
Step 4: If you just restore iPad to give it to others or sell, you can enter your Apple ID and password to remove your iCloud account from your device in order to prevent iPad from requiring Apple ID when it is restarted.

Part 2: How to Restore iPad without Knowing Passcode

There are 3 useful troubleshooting tools to take iPad back to factory settings without passcode when you have no access to it in a normal way, that is, iCloud, recovery mode, and an iPad passcode removal. Figure out how to do it with the three methods by doing the following.

Method 1: Restore iPad with the Assistance of iCloud

How to restore iPad to factory settings while having been locked out of it? An online service called Find My iPhone can be used to your advantage. Presumably, everyone knows it well. Hence, no more details about this feature would be described here. If Find My iPhone has been enabled on your iPad, the following content will guide you to restore the iPad with iCloud. 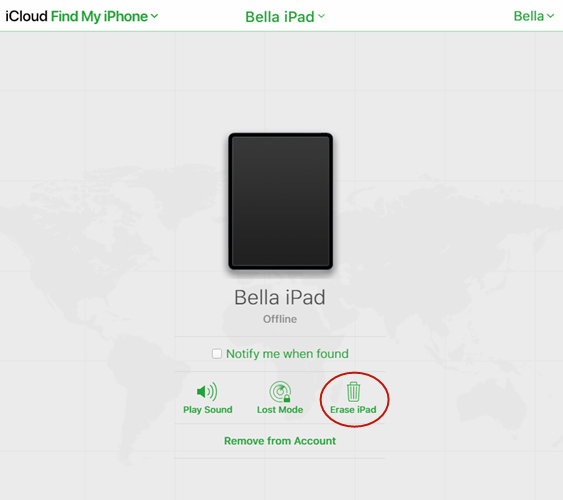 Step 1: Log into your iCloud account with Apple ID on other workable iOS devices or a computer;
Step 2: Locate "Find My iPhone" tab and tap it to choose "All Devices";
Step 3: From all the shown devices, select the iPad needed to be restored;
Step 4: End the process by clicking "Erase iPad". After a minute or two, your iPad will have been factory reset.

Method 2: How to Restore iPad via Recovery Mode

Step 1: Launch iTunes and connect your iPad to a computer. If there is an update of iTunes available, it is needful to update iTunes to the recent version;
Step 2: Hold down the "Home" and "Sleep" buttons about 10 seconds until iPad is off. Then you can let the "Sleep" button go and go on holding the other button;
Step 3: Now, if you see an iTunes logo on the iPad screen, that means your iPad has been set into recovery mode. A window that comes with two options (update and restore) will pop up. To get your way, touching "Restore" is your only choice.

Method 3: How to Restore iPad with Joyoshare iPasscode Unlocker

Considering that sometimes iTunes and iCloud do not necessarily work properly for you, so a powerful and effective program - Joyoshare iPasscode Unlocker is recommended to you. Since it is listed on the online software market, it has produced so much favorable comment from users. That's for sure, its feature to support the unlocking of 4 types of screen locks, embracing digital passcodes, Touch ID, and Face ID makes a crucial contribution to this success.

For good measure, Joyoshare iPasscode Unlocker can not only enable your iPad restored in a short while but also reset iPad passcode, remove passcode from iPad, wipe a locked iPad, and plus. There is no doubt that the application can also be applied to iPhone/iPod touch and you are able to achieve the same great effect. Not surprisingly, it is absolutely compatible with each iOS device model as well as all iOS versions even iOS 13.

Support all iOS device models and the newest iOS 13 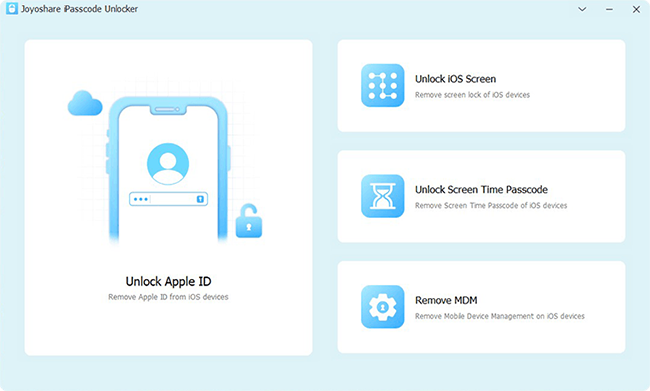 Try It FreeTry It Free
How to restore iPad without iTunes and iCloud using Joyoshare iPasscode Unlocker? Please consider the following example that is done on Mac. 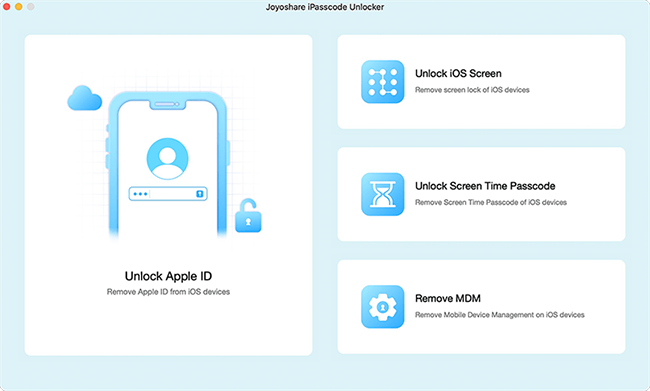 First of all, you must install Joyoshare iPasscode Unlocker and run it on your computer. Next, use an original USB to connect your iPad and click on "Start" to carry over after the program detects your device. 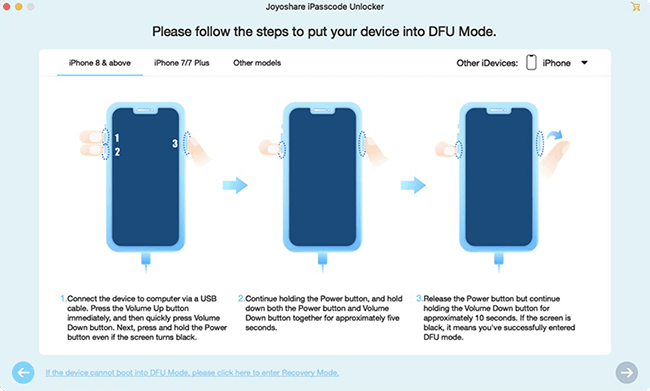 Later, you will be required to put your iPad into DFU mode according to the steps on the screen. If it fails to get into DFU mode, set it into recovery mode by tapping the link. 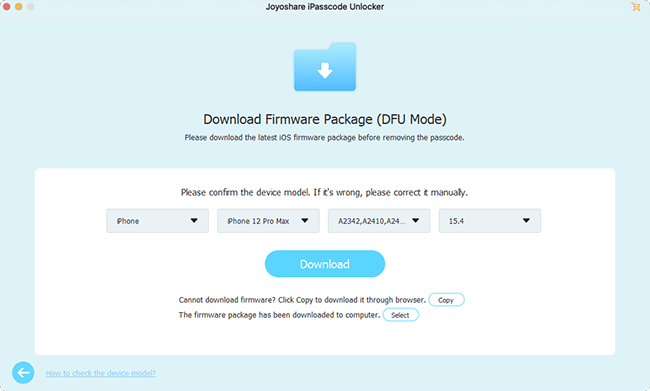 Once Joyoshare iPasscode Unlocker recognizes your device in one mode, it is going to display all the info of your iPad. The thing you need to do is making a confirmation and then choose "Download" to get a recent firmware package. 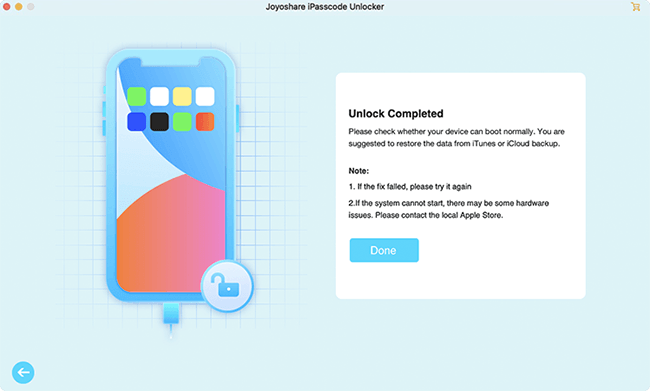 After verifying the firmware package, it is time to unzip it with the "Unlock" icon. In a moment, your iPad will be restored successfully.