The long-awaited iOS 13 has been officially unveiled today at WWDC 2019, which comes with new features and desirable improvements to live up to Apple users' expectations. If you're attracted by its thoughtful Dark Mode, 2x faster app launch speed, built-in swipe keyboard - QuickPath, better photo editing functions and more, you've probably already installed the iOS 13 beta on your iPhone, iPad or iPod touch in the first place.

But, just like every new release in the past, the installed iOS 13 beta likely get your iOS device run into some bugs or glitches. Or maybe the performance isn't as good as it sounds. Surely, it's an unsatisfying thing to experience app crash, program strike, or video lag, etc. If you are going to downgrade iOS 13 beta now to get back to the iOS 12 final public release, you can read this iOS troubleshooting carefully.

One of the most important things to do before downgrading iOS is to use iTunes or iCloud to sync and back up everything saved on your iPhone, iPad or iPod touch. Otherwise, you will easily suffer from data loss and get all important content and settings erased. If you have done it, you can follow the steps below to downgrade iOS 13 beta to iOS 12 using iTunes. Ensure that the latest version of iTunes has been installed and can be compatible with the iOS 13 beta.
Step 1: Download the latest iOS 12 IPSW firmware for your iPhone, iPad or iPod touch;
Step 2: Turn off "Find My iPhone" option on iPhone/iPad by going to "Settings" > "iCloud" > "Find My iPhone" to make the device be able to downgrade; 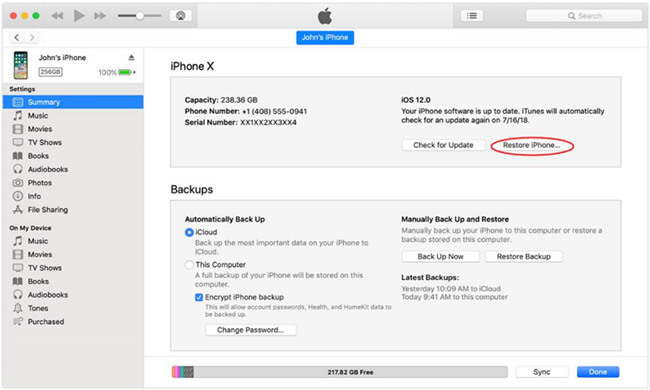 Step 3: Plug the iOS device into PC or Mac with an original USB cable and run iTunes to let it detect the device;
Step 4: Now press the device symbol on iTunes on the top left hand corner; hold down the left "Shift" key on your Windows's keyboard or the left "Option" key on your Mac's and click the "Restore iPhone" option on iTunes;
Step 5: Just choose the ready downloaded iOS 12 IPSW file to restore iPhone/iPad; iTunes will extract the designated firmware file, restore the connected iDevice and help to verify all needed info with Apple.

Part 2. How to Downgrade iOS 13 Beta to iOS 12 by Using iOS System Recovery

After installing the iOS 13 beta, your iPhone, iPad or iPod touch will possibly be experiencing some system problems, such as iPhone disabled, iPad bricked, iPhone keeps turning off, stuck in boot loop, white Apple logo, black screen, etc. In this situation, you can use Joyoshare UltFix to not only fix the iOS system without data loss but also downgrade the iOS version to iOS 12. Else, it's supportable to automatically and quickly enter and exit the recovery mode with just one click effortlessly.
The whole repair and downgrading process is relatively simpler than that to be done in iTunes. This professional tool is downloadable and installable on both Windows and Mac. Just equip your computer with it and follow the quick guide here to repair iOS system and download the iOS 13 beta to iOS 12. 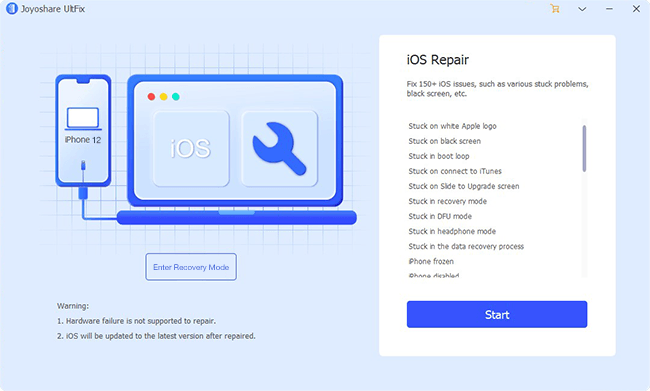 Get Joyoshare UltFix iOS System Recovery started on computer and connect your iOS device. Simply click the "Start" button at the right bottom. 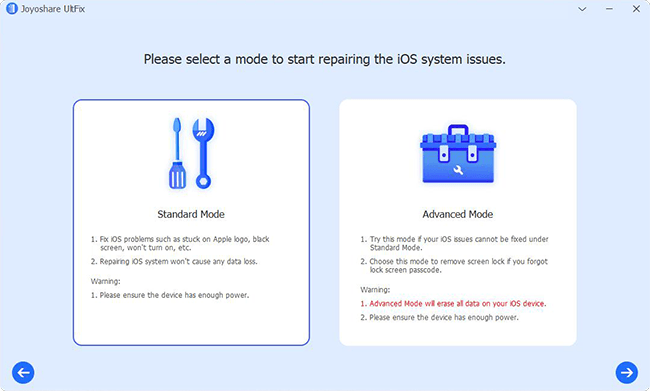 Choose "Standard Mode" to fix the iOS system without data loss. You can also do it even if your iPhone/iPad/iPod touch comes with no system issue. Then put the device to DFU mode or recovery mode at every step manually. Or tap on the one-click "Enter Recovery Mode" in the main interface. This program will detect your device info and show for you to check. Confirm the device model and make sure the iOS version is iOS 12.3. You can correct it with the drop-down list. Then click the "Download" button to download and verify the iOS 12 firmware package. 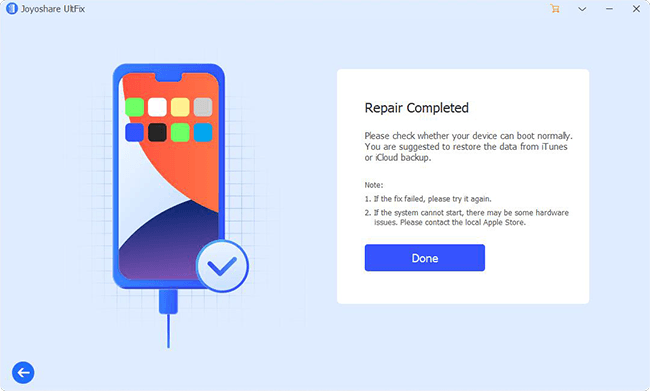 When Joyoshare UltFix completes the downloading and verification of iOS 12 firmware package, you can press the "Repair" option to start to unzip the firmware package and fix the iOS. After that, your iOS device will be restarted normally and run on iOS 12 version.

Posted by Aden Frey to Troubleshooting