Detailed Guide: How to Combine SWF Files into One

Q:"I have two .swf files which need to be joined. Is it possible to do that with a simple-to-operate software?" - by Remax

Standing for Small Web Format, SWF is referred to as a file extension for Adobe and ShockWave flash file format. Generally, it is used for multimedia content transmission over the web and can be easily played using Flash plug-in in any web browser.

There comes a time when you might wish to create a new movie clip by splicing a group of flash video clips saved as SWF format together. For this purpose, a SWF video joiner is entailed. By lucky coincidence, such 3 software is outlined below and a guide on how to combine SWF files into one using them is detailed.

Part 1. How to Combine SWF Files into One by Joyoshare Video Joiner

To combine SWF files into one video in a hassle-free manner, Joyoshare Video Joiner fully deserves a high recommendation. In terms of operability, its clean interface makes it friendly for both novices and experts.

The Advantages of Joyoshare Video Joiner:

Combine SWF files into one video with 100% original quality;

Support most of general formats and device-compatible formats;

Come with an intuitive interface for both novices and professionals;

Two modes for the realization of lossless join and video optimization.

Just as its name suggests, Join Multiple SWF Files Into One Software is exclusively developed to quickly combine SWF files. It's considerably easy-to-handle and lightweight. However, with limited functionality, only can merging SWF files be done with it on Windows operating system. Steps on how to combine SWF files into one using the software are as follows.

Step 1: First of all, download and install the software on your Windows computer. What follows is importing SWF files;

Step 2: To add SWF files, you can do it by drag-and-drop or by clicking on "Add SWF File" and "Add All SWF Files In Folder";

Step 3: Once all your SWF files are loaded, adjust the order of them by "Move Up" or "Move Down" and choose an output direction. Lastly, tap on "Start Joining". 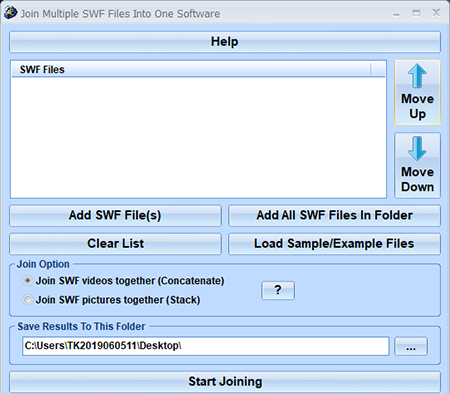 Part 3. How to Merge Two Flash SWF Files Together by Adobe Premiere Pro

The third and final method to combine SWF files into one video is by means of Adobe Premiere Pro. It's a comparatively complex but robust video editing software, supplying users with a solution to merge several video files. To operate it to work for you, follow the steps outlined below.

Step 1: Have downloaded and installed Adobe Premiere Pro, launch it. Afterward, create a sequence and drag SWF video files that need to be merged to this sequence;

Step 2: Next, drag one SWF file to "new item" button. Doing so helps to create a new sequence. You should rename this sequence to differentiate it from the previous one;

Step 3: To merge 2 SWF video files into one, you have to make a nested sequence by dropping the first sequence onto the new sequence. 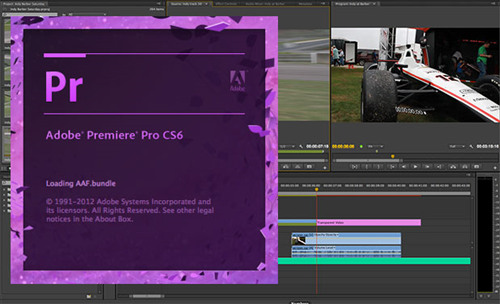 Home >  Resource >  Join Video >  Detailed Guide: How to Combine SWF Files into One
Joyoshare uses cookies to ensure you get the best experience on our website. Learn More