We often go through the situations when a certain video or audio doesn't run on our device. In these cases, we need a tool like Joyoshare that can help you convert the videos and audios in desired format. Joyoshare Video Converter is available for both Mac and Windows platforms. This video tool supports more than 150 input and output formats allowing you to convert any audio or video into other formats. Let us explore more about this tool and learn how it works on converting different videos, audios and even DVDs.

Joyoshare Video Converter is one of the best video converter tools one can have installed on his/her device. Its ability to convert between all popular audio and video formats makes it an ideal choice for the users. It offers 100% lossless conversion with 30X faster speed as compared to some of the most popular video-converting tools available in the market.

Moreover, its built-in video editor lets you create stunning home videos by providing various editing features and effects. Apart from this, Joyoshare Video converter also acts as a powerful DVD ripper for converting the DVDs to different formats to play it on various devices. You can not only convert m4v to mp4 on Mac, but can also convert your videos or DVDs in other formats as well making them playable on different devices. 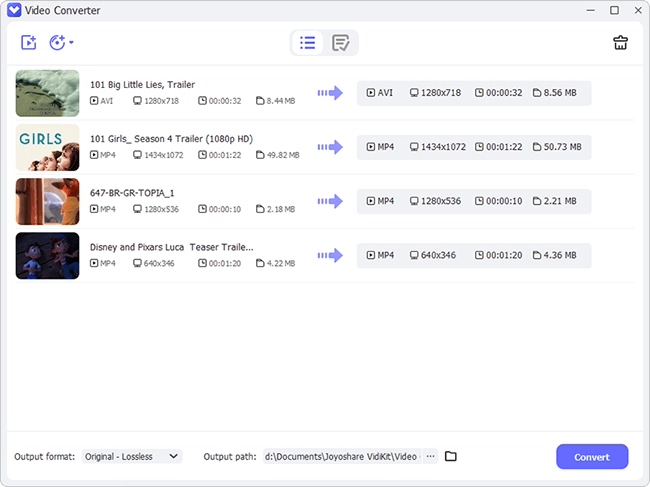 Joyoshare Video Converter is packed with some of the most powerful features that may be hard to find in most of the tools of its kind. Let's sneak into its features and explore them in details.

How to Convert Audios and Videos Using Joyoshare Video Converter

To start the conversion of audio/video using Joyoshare video converter tool, download and install the software on your computer. Follow the below mentioned steps after the installation is finished.

Joyoshare is a powerful video converter suite for the users who love to play with the videos and audio files. The users can customize the videos, rip the DVDs, and convert audios/videos into desired format without much hassle. All this can be done at an affordable price. Sign up for a free trial and get acquainted with some of the most powerful features of this tool.