Joyoshare Unveils JoyoPlayer to Play All Videos and Audios for Free

As a powerful media player, JoyoPlayer supports a wide range of media files including standard formats like MP4, MOV, WMV, AVI, FLV, MKV, M4A, M4R, MP3, AAC, OGG, etc., high resolution files such as in the format of 3D, 4K, UHD, as well as web formats like FLV, F4V, SWF, etc. During the playback, users are freely to pause, stop, and play the previous or next frame or file with one mouse click. People can also easily capture a snapshot whenever he/she found a useful frame and save it in the format of JPG or PNG.

Without any third-party plug-ins installation, JoyoPlayer comes with a very clear interface and neat buttons, so that everyone can play the video or audio files very easily. Besides, JoyoPlayer allows users to import the target files in a flexible way. People can simply drag and drop the files to the program, or click the obvious buttons to open the audio or video clips for playing. Additionally, users can also add a folder to play the files one by one with different playing modes to choose.

"The most outstanding features of JoyoPlayer are its friendly user interface and the capability of playing close captions," said Dave, marketing director of Joyoshare. "The former makes it possible for anyone to play movies and songs with ease, even if he/she hasn't used it before. The latter provides a convenient solution for people in need, especially for those who have hearing impairment. In a word, JoyoPlayer is a perfect program for almost all users." added he. 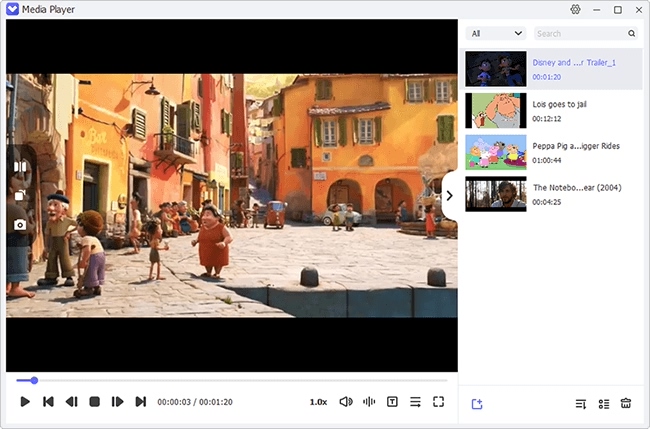 Joyoshare is a world-leading multimedia software developer and provider specialized in video field for years. With advanced technologies and professional R&D team, Joyoshare is dedicated in developing the best video, audio and iOS solutions, including video converter, audio converter, video editor, media cutter, iOS data recovery, HEIC converter, etc. to customers all around the world. With professional and high quality service, Joyoshare has won high reputation from millions of registered users over the past years.

Home >  Resource >  New Release >  Joyoshare Unveils JoyoPlayer to Play All Videos and Audios for Free
Joyoshare uses cookies to ensure you get the best experience on our website. Learn More